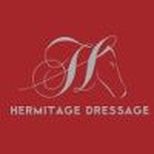 Introduced in 2010, the aim of this award is to inspire Western Australian dressage riders and their mounts to consolidate their training at ALL levels as they strive for success in the 60 x 20 rectangle.

The Aim of the Award – which has been endorsed by UWE SPENLEN - is to encourage riders and owners to consolidate the training of their horses at each level to the highest possible standard before moving on to the challenges of a higher level.
http://www.hermitagedressage.com/

In creating the award Dressage WA and the High Performance Pathway also wished to recognise and honour the extraordinary services made to riders, judges and many other members of the Western Australian dressage community by International “I” level judge and trainer, UWE SPENLEN.
​
It was with great excitement that Dressage WA and the High Performance Pathway introduced the award for the 2010 season and beyond (“the Award”):
The essential terms of the Award are:
The Award will be announced each year at Equestrian Western Australia’s Awards Night and will include for the winning horse, rider and/or owner:
Uwe Spenlen Award - further information